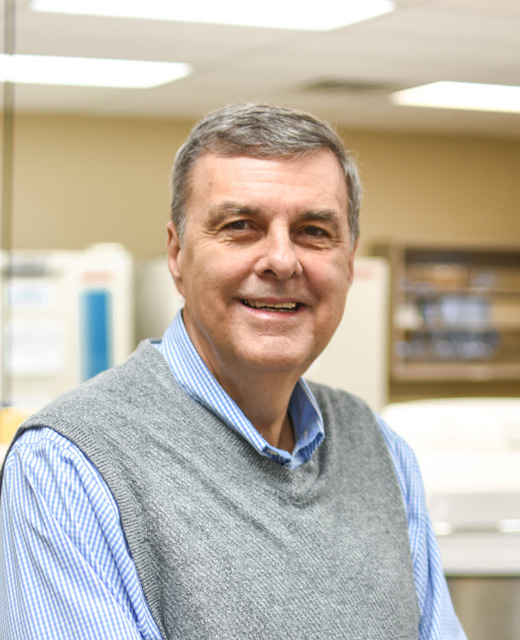 Tom Kurtz is the current President and CEO of the CSS Institute of Molecular Medicine at Windber. Mr. Kurtz earned a MBA in Medical Practice Management and is one of approximately 600 people in the country with this degree. He is also a certified member in the American College of Medical Practice Executives (ACMPE).  In addition to his current position at CSSIMMW, Mr. Kurtz is also the Chairman of the Board of Directors for the American Red Cross Keystone Chapter and is also a member of numerous other boards such as JARI, Pitt-Johnstown Alumni Association and the Johnstown YMCA.

Mr. Kurtz’s previously held Vice President level positions at Carlisle Hospital, Lee Hospital and Memorial Medical Center and also served as the Director of Practice Management at UPMC. Prior to accepting the position at CSSIMMW he served as a consultant for places such as Tyrone Hospital, Windber Medical Center and Washington and Jefferson College. In addition, Mr. Kurtz has developed and taught classes in Healthcare Sociology at Penn Highlands Community College and Mount Aloysius College. 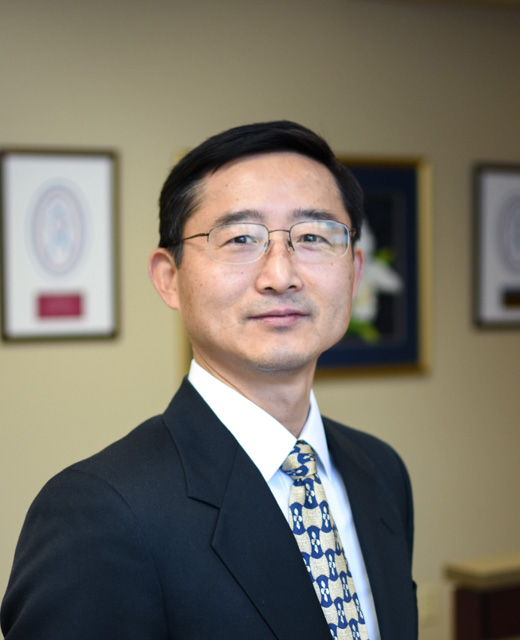 Dr. Hu is the Chief Scientific Officer of Chan Soon-Shiong Institute of Molecular Medicine at Windber overseeing all scientific activities including bioinformatics, informatics infrastructure, biobanking, and molecular research. He obtained his PhD in Biophysics from SUNY Buffalo and completed a post-doctoral training at the Johns Hopkins University School of Medicine. His current research focuses on breast cancer and pan-cancers taking an integrative approach using data from multiple clinical and molecular platforms. Dr. Hu has published over 80 peer-reviewed papers including ones in Cell and Nature. He also has published five book chapters and co-edited two books. He has presented at many national and international scientific and business conferences, delivering keynote speeches and serving as bioinformatics program or session chair in several of them. Dr. Hu serves on the Council of the John P. Murtha Cancer Center, and the Scientific Committee of the Center for Prostate Disease Research of the Uniformed Services University.  He is a member and leader of several major cancer research consortiums including The Cancer Genome Atlas (TCGA) Research Network, and the Applied Proteogenomics OrganizationaL Learning and Outcomes (APOLLO). He was one of the TCGA recipients of the 2020 Team Science Award from the American Association for Cancer Research, and was the winner of the 2021 James J. Leonard Award for Excellence in Clinical/Translational Research. 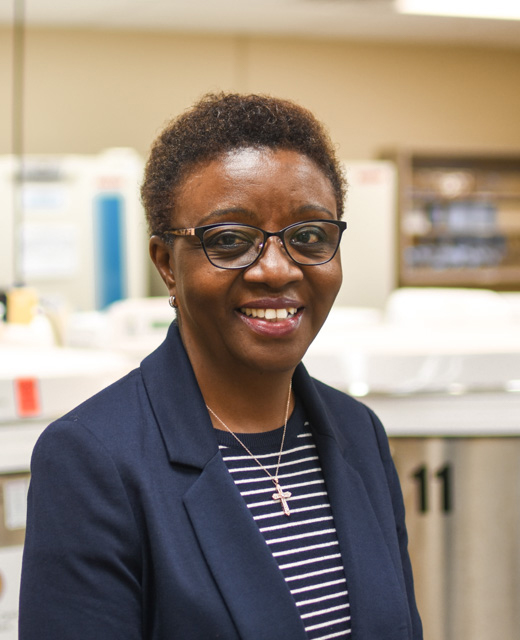 Dr. Stella Somiari is Senior Director and leader of the CAP accredited biobank. She is a pioneer staff member of the research institute where she conducts cancer and biospecimen research using genomics and proteomics technologies.  In 2000, she led the conceptualization, design and development of the management tools and standard operating procedures for establishment of the breast tissue repository of the Department of Defense (DoD) funded Clinical Breast Care Project (CBCP) of MCCRP USUHS. In 2002, Dr. Somiari developed a second protocol to expand the biobank’s collection to include a wider variety of human biological specimens from hospitals, and the organ recovery organization, Center for Organ Recovery and Education (CORE).  Under the leadership of Dr. Somiari, the biobank contributed breast tissue for the National Cancer Institute’s (NCI) Cancer Genome Atlas Project (TCGA) and in 2012, based on the biobank’s outstanding quality of work for the CBCP, the DoD expanded the task of the biobank to include long term storage for the military’s research biospecimens. This operation which is now with the Murtha Cancer Center at Walter Reed National Military Medical Center (WRNMMC), Bethesda, MD has been expanded from the single collection at WRNMMC to include more than 7 Military Treatment Facilities (MTF) across the United States. Dr Somiari is an active member of the International Society of Biological and Environmental Repositories (ISBER), where she has served on numerous committees, including ISBER’s scientific and publication committees. As an active member of the ISBER Biospecimen Science Working Group, she has contributed to peer reviewed publications of this group, which include 4 editions of the ISBER Best Practices Guidelines. She also was Associate Editor of the 2nd and 3rd Editions of the ISBER Best Practices Guidelines. To standardize and improve the work of the biobank, Dr. Somiari has incorporated into the biobank’s activities, biospecimen science research with the goal of generating evidence-based data that will support the identification of biomarkers for specimen quality control, and the development of non-destructive methods for tissue quality assessment. Dr Somiari has published widely in many subject areas including, breast cancer, autoantibodies, genomics, proteomics and biospecimen quality assessment.

Mr. Kvecher is the Director of the Biomedical Informatics Infrastructure at CSS Institute of Molecular Medicine at Windber (CSSIMMW). He joined the institute in 2004 as a Biomedical Informatics Specialist. In the beginning of his career at CSSIMMW he was focused on building the Data Warehouse for Translational Research (DW4TR) where patients’ clinicopathological data are integrated with sample information and experimental results for further analysis. As part of the group, he was responsible for the quality of the data and provided data to the scientists for further analysis. Based on the data, multiple discoveries have been achieved and published. During his career at CSSIMMW, he was involved in developing additional functionalities to DW4TR to handle temporal information, experimental results, and additional types of cancer. He also led the development of the Data Repository system for Translational Research – the custom informatics system for collecting clinicopathological, sample, and experimental results data for 2500 participants against 250 biomarkers. Based on the organization’s needs, he was assigned to lead development of the data tracking system for the Clinical Breast Care Project (DTS-CBCP). Building on the success of DTS-CBCP, he was tasked to build a data tracking system for the John P. Murtha Cancer Center biobank (DTS-MCC).  With the recent involvement of our institute in the APOLLO project, his group was chosen to spear-head the APOLLO Informatics Infrastructure Task Force (IITF) which will include the development of data tracking and data repository systems for the project (DTS-APOLLO and DW4TR-APOLLO). 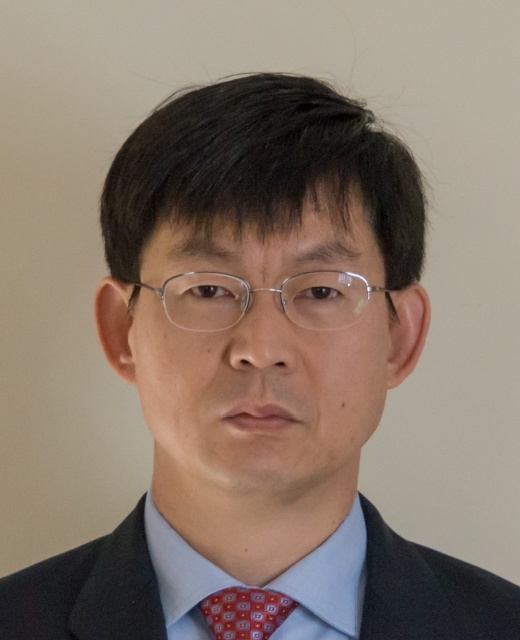 Dr. Lin is the Director of Bioinformatics at CSS Institute of Molecular Medicine at Windber (CSSIMMW).  He joined the institute in April 2021.  After earning a PhD in molecular biology, Dr. Lin started his career in genomics and bioinformatics at the Institute for Genomic Research (TIGR, now part of JCVI) as a postdoc.  After being promoted to a faculty member, he played a leading role in the Arabidopsis Genome Analysis Project, the first plant genome ever completely sequenced.  He also contributed to other model organism projects, including five of the first seven eukaryotic model organisms.  He then moved to the biotech industry for the next 20 years working for Celera Genomics, Applied Biosystems, Life Technologies, ThermoFisher Scientific and Illumina, where he built and led various teams in different function areas.  These include product development and commercialization, collaboration, technical support, solution consultation, and professional services.  He has a wide knowledge of genomic platforms and bioinformatic approaches for different applications in research and diagnostic fields.  At CSSIMMW he directs the bioinformatic team, which leads and contributes to cancer translational research projects in the areas of experiment design, clinical data analysis, genomic/proteomic data analysis, and integrated analysis and interpretation.  As part of the institute leadership team, Dr. Lin is also involved with project management, infrastructure building, external collaboration and growth opportunity evaluation.

Dr. Lori Sturtz received her Ph.D. in Environmental Health Sciences/Toxicological Sciences from Johns Hopkins University.  Dr. Sturtz began her tenure at the Institute as a Postdoctoral Fellow and then a Staff Scientist in the Translational Breast Research and Genomics departments. She was subsequently appointed the Interim Head of the newly formed Molecular Lab in 2020 and named Director of the Molecular Lab in 2022. Dr. Sturtz has led the development and optimization of multiple protocols for the isolation of high-quality DNA, RNA, and protein from both frozen and formalin-fixed, paraffin-embedded (FFPE) tissue specimens, including protocols specific for laser microdissected (LMD) specimens, for use in genotyping, gene expression, whole-genome sequencing (WGS), total RNA-Seq and mass spectrometry studies, as well as isolation of miRNA from plasma samples for miRNA expression analyses. As Director of the Molecular Lab, Dr. Sturtz leads the Molecular Quality Control work for the APOLLO program, including assessing nucleic acid purity, integrity, and quantity as well as SNP genotyping for sample identity matching of tissue and blood specimens. Her research interests include racial disparities in outcome among African American and Caucasian women with breast cancer, the role of molecular factors in modulating response to environmental exposures and subsequent cancer development as well as those affecting therapeutic response, and metabolic and lipid biomarkers of breast cancer in different subpopulations.